8 Most DANGEROUS Tourist Attractions in THE WORLD! 2021

Added 5 months ago by vindheim
17 Views
If you're tired of the boring everyday haul and want a change, you may be thinking of going on an adventurous holiday. but unless you're addicted to adrenaline, have the most boring job in the world, or you have a death wish, it's probably best to avoid these 8 dangerous tourist attractions.

1. Villarrica Volcano, Chile.
What's more dangerous than an active volcano?... Bungee Jumping from a helicopter into an active volcano! yep, the only way this could be more dangerous would be if you were holding a shark while you did it. For $16,000, you'll board a helicopter with a photographer, and Bungee jump, 400ft/122m into the Caldera of the Villarrica Volcano, the next day you'll bungee jump down into a lava tube down the face of a 100ft/30m waterfall, the next day you'll go whitewater rafting and the final day (just in case you need more of an adrenaline rush) you'll go skydiving.

2. Stairway to heaven, Hawaii.
On the island of O'ahu, Hawaii is a disused U.S navy Radio transmitting facility used in WWII to communicate with ships in the pacific ocean. However, it's not the facility that is interesting but the hike and views up to it. 3,922, 18inch/45cm wide steel steps follow the mountain ridgeline for 4000ft/1220m climbing to heights over 2000ft/610m with just a handrail to stop you from falling off the edge. The stairway is badly maintained and hiking the stairs is dangerous and illegal, with fines of up to $1000.

3. Trolltunga, Norway.
Trolltunga or "Trolls tongue" is a rock formation that juts out horizontally from the mountain at an altitude of 2300ft/700m. The hike to reach the "Trolls tongue is a challenging and grueling one. To hike from the village of Skjeggedal to Trolltunga and back will take you over 10 hours and you will hike approximately 27km/17miles over rough terrain with no shelters or places to buy supplies.

4. Gap Bridge, China.
In a theme park in Chongqing, China. There's an attraction the not everyone is capable of doing. 500ft/150m off the ground is "Extreme Leap"! It's a bridge with steel platforms set with different sized gaps between them and no handrail, this gives you an overwhelming sense of vertigo and some people find themselves incapable of crossing. The park also offers Cliff swings, various glass bridges, and the famous "Cantilever Air Corridor" an A-shaped bridge that juts out of the cliffside 262ft/80m completely unsupported.

5. White Water Rafting, Colorado.
Colorado has many rivers for the practice of rafting and this sport, although exhilarating, is dangerous. The majority of these rivers originate from the melting snow from the Rocky Mountains, however, the amount of snow on the mountains and the rate of thaw are unpredictable, and therefore the speed and quantity of water flowing down the river are also. Although rafters may have years of experience, they still rely heavily on their skill and quick reactions and humans is prone to error.

6. White Line Cycling, Sedona, Arizona
Possibly the most dangerous Mountain bike route on the planet, The "White line trail" is for experts only, you'll need to lower the pressure in your tires and stiffen your suspension (and your nerves!) The line isn't actually technically difficult and the ride out is easier than the ride back, but once you start, you are committed to finish! and any mistake will probably mean death.

7. Mount Everest, Nepal.
Since its conquest in the 1950s, Mount Everest has gained in fame and notoriety. Whereas before only a few would attempt it, nowadays people flock to Nepal to give it a try. The very small window of opportunity to summit the mountain means that dangerous concentrations of hundreds of climbers attempting to do so happen, with some accounts of climbers "Stepping over the dead" in order to reach the summit. Since its 1953 conquest, there have been over 300 deaths on Everest and 11 of them happened in the spring window of 2019.

8. Cliff Camping, Yosemite, California.
In Yosemite National Park is a vertical rock formation called "El Capitan". It is a popular site for climbers, but climbing is 3000ft/914m high cliff face can take several days, so climbers bring special tents that can be "Pitched" on a vertical wall. while it may not be comfortable and definitely scary, the views are worth it.

8 Most DANGEROUS Tourist Attractions in THE WORLD! 2021 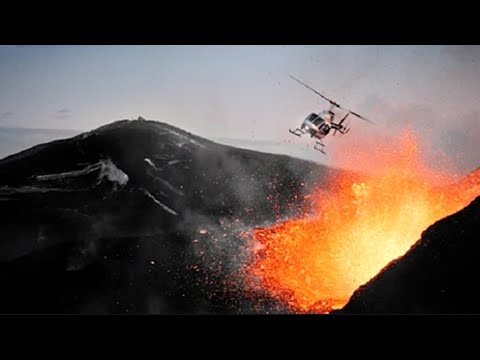 If you're tired of the boring everyday haul and want a change, you may be thinking of going on an adventurous holiday. but unless you're addicted to a...