No Shoes, No Army, No BigMac, Forbidden Dogs and Beer…Crazy Facts about ICELAND NO ONE EVER TOLD YOU

Added 1 week ago by
3 Views
Did you know that you cannot wear your shoes indoors in Iceland and that Reykjavík is a cat city?
These and many other super interesting facts about Iceland in this video!

Iceland is said to be one of the world’s oldest democracies as its ancient parliament, the Althing, dates back to 930 AD and is considered one of the first parliaments.

Of all the 195 recognised countries in the world, Iceland has the most northerly capital city.

Reykjavik may sit beneath the Arctic Circle, but it still boasts the title of most northerly capital in the world.

Iceland has a population of around 375,00 people. If you count all Icelanders that have ever lived since the settlement of Iceland in the late 9th century, the population does not reach one million.

If we count all the tourists as well, we've long since surpassed one million; last year alone, Iceland received almost two million travellers.

In 1924, a complete ban on dogs was enforced in Reykjavík. Those out in the countryside could own working dogs for farming, but in the city, it was illegal to keep a dog as a pet due to increased cases of fatal tapeworms passed on from dogs.

In 1915, a complete prohibition was in place across Iceland.

In 1922 the government decided to allow Spanish wine because the Spanish were an important trading partner and they drove a hard bargain: Either Iceland would keep on buying wine from them or they would stop buying salted cod (Iceland’s most profitable export at the time).

The first ever tavern to open in Iceland was Gaukur á Stöng in downtown Reykjavík, where the bartenders started blending Pilsners with vodka or whisky to make a so-called imitation beer which had an alcohol percentage of roughly 5%.

When Icelanders meet again after a party or a gathering, we say "takk fyrir síðast" or thank you for that last time. It might sound odd but it's a way to acknowledge that we did really enjoy the last time we spent time together.

Many Icelanders still believe in elves, or the huldufolk (the hidden people).

Driving across the Icelandic countryside, you might come across single-lane bridges, passing over crystal-clear, glacial rivers. They are relics from decades ago when cars were so few and far between that making two-way bridges seemed extravagant.

The arctic fox is thought to have arrived on Iceland after the last Ice Age when the sea between Greenland and Scandinavia was frozen over.

This isn't strictly a law, but Icelanders do not take well to people barging into their houses in shoes. In Iceland, exactly the same as in Norway, we leave our shoes by the front door. All flats and houses have a designated area by the front door where you take off your coat, hats, scarves, gloves and shoes.

???????? Icelandic Horses are Forbidden to Return

Icelandic horses are a pure breed (having been isolated for over 1000 years) and are prized across the world for their hardiness.

If you go to the cinema in Iceland, there's always an intermission roughly in the middle of the film. It’s a chance to go to the toilet and fill up on your drink/popcorn.

Iceland is not just peaceful in terms of population and quiet wilderness, it also doesn’t have an army, air force or navy. It relies solely on NATO for its defence.

There are only two countries in Europe that don’t have McDonald’s (ok, three if you include the Vatican) and Iceland is one of them.

A lone outpost of the US burger chain operated in central Reykjavik for a few years, but the financial crisis saw its demise in 2008.

Instead of one omnipotent Santa Claus, Icelandic kids have to contend with thirteen ‘Yule Lads’ who visit one by one on the thirteen days leading up to Christmas.

No Shoes, No Army, No BigMac, Forbidden Dogs and Beer…Crazy Facts about ICELAND NO ONE EVER TOLD YOU 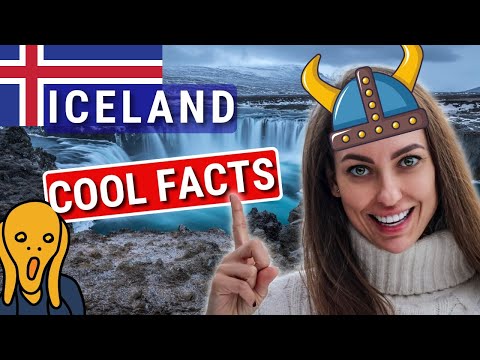 Did you know that you cannot wear your shoes indoors in Iceland and that Reykjavík is a cat city? These and many other super interesting facts about I...